More of Avery Lu Who! 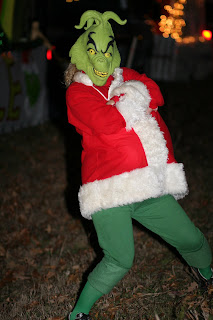 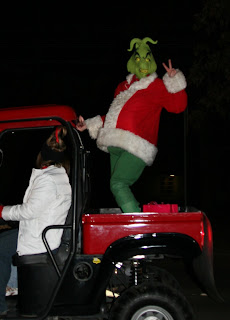 Was the Grinch a little to lazy to walk during the parade!?!?!? Kinda looks like it don't it!?! 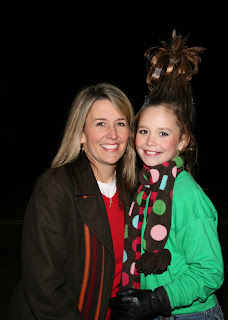 Mama Robin Lu Who and the famous Avery Lu Who! 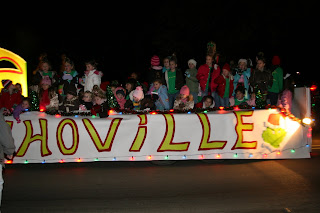 I could not get a good pic of the float because of all the peoples (and YES I meant to say PEOPLES and not people..just read and be happy that I am posting and do not waste your time trying to correct me cause it has taken me FOREVER go get these pics to load! NOW THERE!) around the float at all time... It was like Lauren's Lu's Dancing Who's were POPULAR or something! 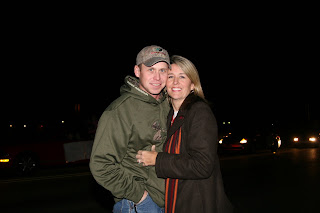 Daddy and Mama Who. That you for NOT sticking your tongue out in this picture Big Daddy Who! LOL 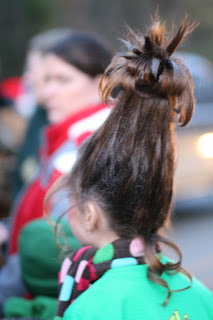 The back of Avery Lu Who's HAIR! 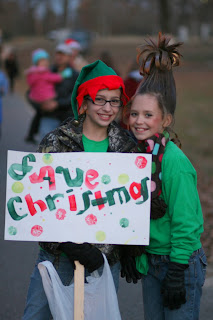 The picketers. Hannah Lou Who and Avery Lu Who.. Getting ready to walk for the entire parade route. They had a BALL!!! 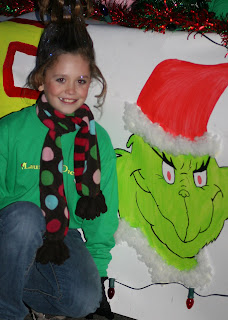 Notice all the glitter on this who girls face! And THE GRINCH! 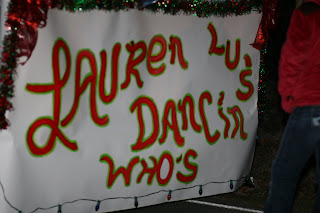 The back of the float. 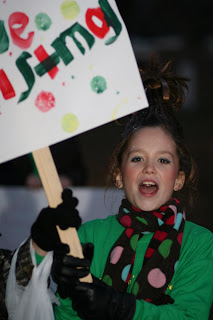 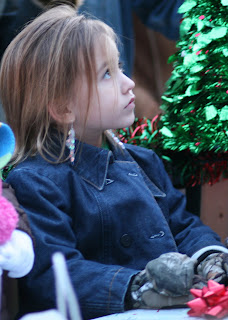 Dalton watching some girls talk before the parade started. 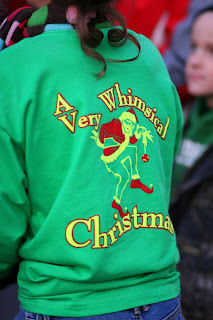 The back of the shirts!
Posted by RADstitches at 9:22 AM

I want to know how in whoville you got her hair to do that?! :)

Avery Lu Who is too cute.

I think they should have won FIRST PLACE!! Guess where I'm going.

Awww...I love your pics! I bet my niece Gracie was on that float! She takes dance from Ms. Lauren. Small world!

Awww...I love your pics! I bet my niece Gracie was on that float! She takes dance from Miss Lauren. Small world!

Aw, MAN! The Perry Family is on the ball...I was gonna say the very same line! lol

I am curious about the hair. How's ya get it styled that way?! The costumes are amazing, and everyone looked adorable.

Have a great week!

You have a great hairstylist to help out with the whoville hair. Pass out some cards! lol

THE HAIR IS AWESOME!!That has to be one of the coolest things I have seen in awhile.