When we bought this house a little over 3 years ago there were some things that we wanted to do, but are just getting to them. There is this arbor thingy there in the pic to the left that Lee HATES... well, he got his wish yesterday and got to TEAR it down. It all started off that he was going to MOVE it.. well, I KNEW where that was going when he came flying around the house like a mad man on the tractor! I had been wanting to make the best out of it and plant something on it.. even with it being in the craziest place in the yard... Lee cussed it every time he mowed... especially when he would come back with the weed eater. In the middle of all his madness he discovered that it was rotten so it totally got tore down.. Yes, I saw the huge smile on his face as he was hauling it away... CONGRATULATIONS Lee you got your way on this one!!! LOL P.S. The birdhouses on the side of it are off of the light pole.. there were babies in one of them still. 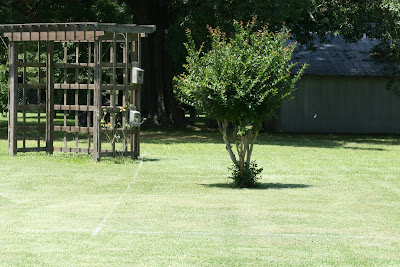 BUT, you are NOT digging that lone little bush up and burning it... IT WILL BE RELOCATED or ELSE! LOL

Notice in the next picture that other thingy planted AGAIN right in the middle of the yard.. that is coming up too! 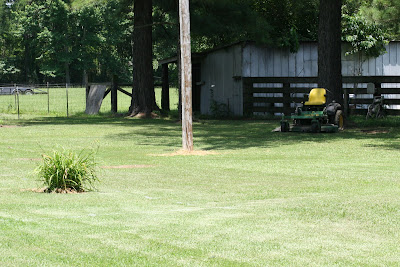 This light pole was right dab in the middle of the backyard.. we had it moved back more and over to the side out of they way.. but still close enough for the backyard to be bright! That thing is worth $8 a month.. cause when it is out it is B-L-A-C-K out there! The day the Entergy guys came to move it Dalton decided that we had to sit and watch... It was SO freaking hot out there.. like I am thinking 120* maybe!!! Dalton and her little country self had to talk to the men. She decided that when the one guy went up the pole that he was standing on.... 2 tacks! HUM Needless to say that she made 2 friends and I think they actually enjoyed her.

They did it again! 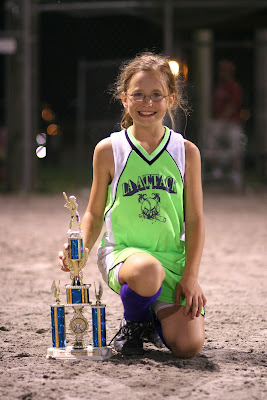 This past weekend LA ATTACK played in a tournament in Hamburg. We are so proud of the girls!! They won again!! They got a big trophy ... which they gave to Coach Lee ( I HATE those things.. to me if you like them then you are not the one that dusts at your house!) They also got shirts with champions on them! MUCH better than a little individual trophy!
Posted by RADstitches at 11:08 AM 2 comments:

Our fast pitch tournament team won district in El Dorado over the weekend.. don't let their silly faces fool you... they did not leave with a little dinky trophy each.. they left with custom shirts (they got to pick which colors they wanted) with CHAMPIONS printed on the back! YOU GO GIRLS!!! 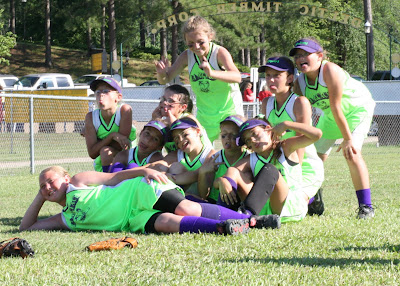 This last team that we played had serious attitude issues.. actually, we had already played them and beat them once, but had to play them again. They had 2 women coaches and boy did they have attitudes!!! Let me just say without even calling their name that if MY child would have been on that team I saw at least 2 times I would have walked out there and got her and we would have left! 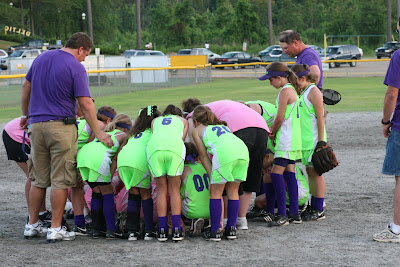 Maybe this pink team should pray before the game too.. not just after... WHEW! 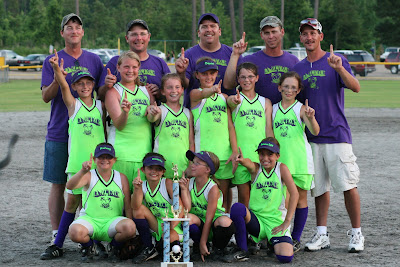 We are all so proud of you girls! 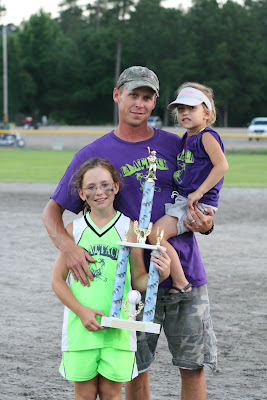 Dalton had to be in the picture too!!! She was so good all night Friday night and Sat too! 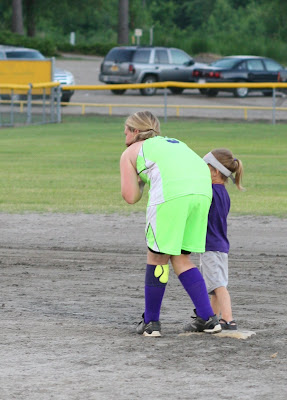 I love it that all of the girls don't leave Dalton out.. They love to hear her talking!! She is so country! 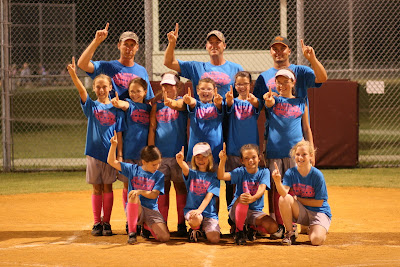 Once again our softball team was undefeated... we have won first place in the league ever since we started playing... Way to go girls and coaches... Let me tell you they practice the girls to death and it pays off! 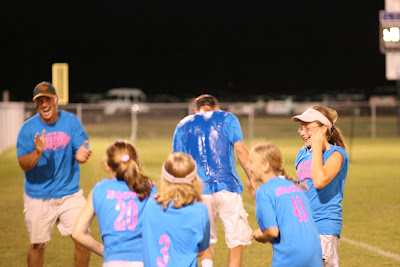 This is what being undefeated gets you with our group of girls... That is Coach Lee that they got.. Notice that Coach Chris thought it was SOOO funny! 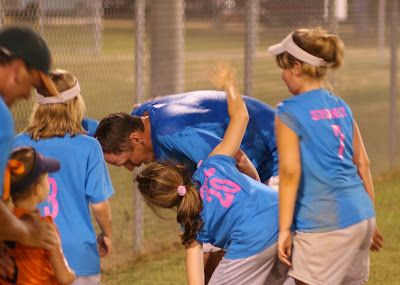 It was freezing... the bad part about it was when Lee sat down to talk to the girls like he always did they did not realize in all the excitement that Dalton got in his lap.. she was walking around freaking out not knowing what in the heck they just did that for! (Notice Coach Chris int he far left hand with Dalton.. I think she thought Lee was hurt!) 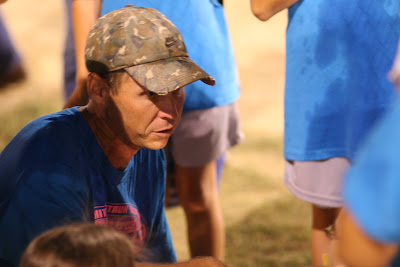 He is Lee giving his last SPEECH to the girls... and I thought he was going to cry talking to them... he takes up with the girls and loves them all every year! He REALLY gets into this!


I am also happy to add that Lee loves to coach.. he coaches ALL the girls and not just HIS daughter. He loves ALL the girls and tries his best with all of them. If you are a coach and only take time with your kid... Wake up! You are in this for the wrong reason... Stay home in your own back yard if this is what you are going to do.... Don't stand around with a coach's shirt on and ONLY FOCUS ON YOUR KID/KIDS! Let someone else help coach that will be willing to spread their time among kids that need it!

I bought a bottle of dill pickle relish for the hot dogs for Avery's end of year softball party.. I guess that Dalton did not see it on the table at the park last night because she just came to me with the bottle and said.. WHAT is this? I gave her the details and she goes... OH, so it is slushed pickles!!! Nothing like seeing it from the eyes of a 4 year old!
Posted by RADstitches at 7:27 AM 3 comments: 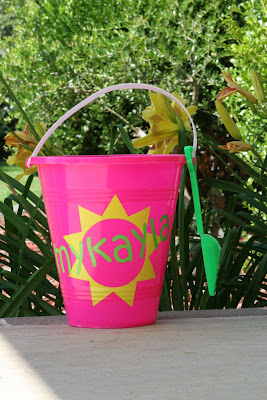 Mykayla is going to be the hit of the beach with her fancy pail!!!! 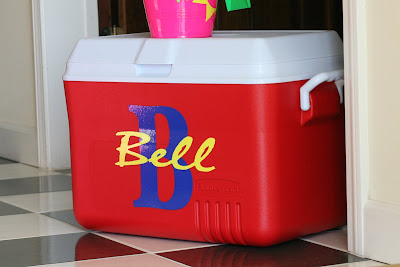 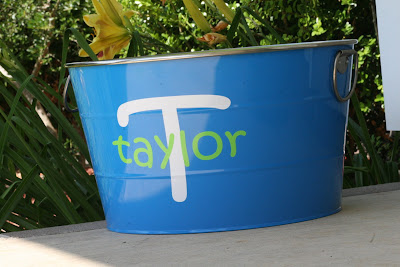 I just love how this bucket turned out! 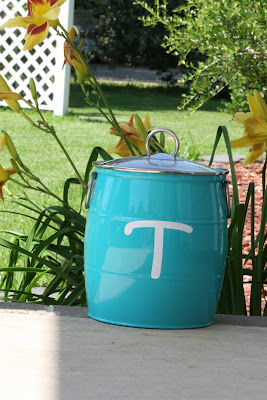 This is an ice bucket.

People are coming out of the wood works bringing me stuff to put vinyl letters on!
Posted by RADstitches at 11:32 AM 3 comments: 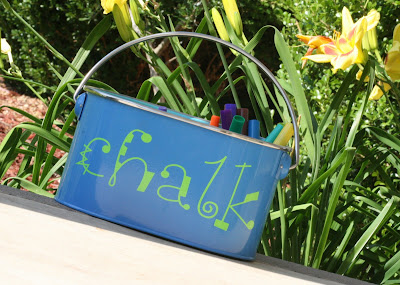 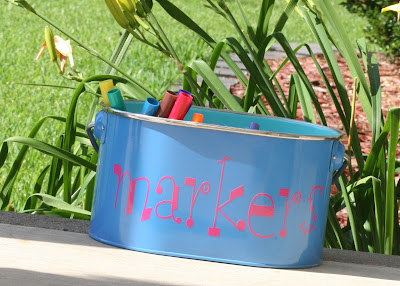 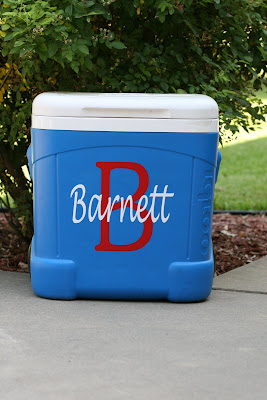 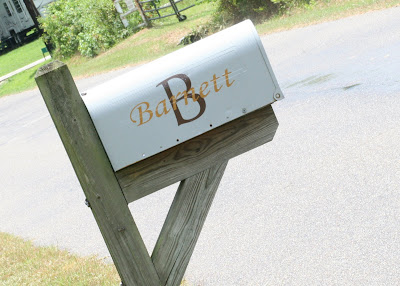 Posted by RADstitches at 8:06 PM 3 comments: